As far back as I can remember I have loved anything on wheels. Growing up my dad had four wheelers, motorcycles, trucks, remote-control planes and cars for us to play with or ride.

When I was in my early 20s I became a big game hunting guide in New Mexico. At the time I was looking for something quiet but motorized to get around the ranches we hunted. As I started researching various types of EV's I became aware that there were no distributors in the western part of the US. Most western mountain hunters in the past had range anxiety always thinking an electric vehicle would not work for them or leave them stranded. But I was determined on proving them wrong, so I became a distributor for Stealth 4x4 Electric Vehicles in 2008. I was successful selling those units in an “uphill battle” for about 4 years till the company closed in 2012. I knew I could build a higher quality more stylish golf cart than the market was providing so I started Colorado Kustom Carts in 2012.

CKC golf carts are built from the ground up with the best components the market has to offer. Our design from lifts, wheels, seats, audio, bodies and accessories are unmatched.  Built from a Club Car Precedent chassis because after all, if you’re going to build a custom golf cart why not build one that has had the best name in the industry for over 60 years.

I am the sole owner/operator of CKC and build every cart myself from the ground up.  My eye for detail and precision has proven to be very successful. CKC was started in a roughly 1200 sq ft bay of my fathers shop I rented. We recently opened a new 10,000 sq ft facility in Northern Colorado right on Interstate 25. CKC’s carts have been featured at trade shows, in magazines and sold to numerous professional athletes and celebrities. In 2019 Club Car became the second Club Car Dealer in Colorado! We now sell brand new Club Car Onwards! Our market and our products have only expanded! We pride ourselves on quality, style, and being the most equipped carts you can buy on the market today!

We can’t wait to see what the future holds! 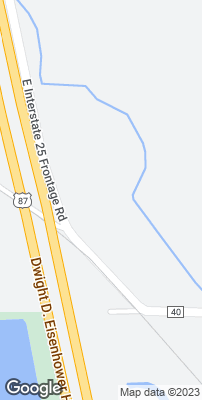